Why You Shouldn't Always Ignore Trolls

My friend Justin Jackson recently wrote a blog post entitled "The Haters", a wonderful dive into the psychology of people who are mean online.

In it, he concludes that his first response to toxic people is going to be to ignore them. After all...

(Above quote screen-capped from Justin's article)

I've often received, and shared, the same advice Justin ends his article with: Ignore the trolls.

There's wisdom behind this thinking. Most people, when made aware that they're making you feel bad, will stop. Trolls, on the other hand, have just received exactly what they wanted. So, how do you make them go away? Mute em. (Don't block--but that's another story.)

Justin is right here, as supported by the quote I ripped above. Our wellbeing requires a healthy distance from toxic people, and the first step is to learn how to ignore a troll when that's what you need.

Why fight a troll?

So, if I agree with Justin, why am I even writing this post?

Because I think we should start there... but not end there.

There's one big problem if all we do is ignore the trolls:

None of us ignores trolls in a vacuum.

What do I mean by this? I mean that each troll that bothers you is A) doing so in a way that is seen by others and B) not bothering only you.

When we ignore the trolls, we are prioritizing our own mental health over the imagined "justice" of battling against some anonymous asshole. This is wise, and good for our sanity!

However, I want to propose that there are times and people--not all times, and not all people--when and for whom it makes more sense to battle some of the trolls, not just ignore them.

Why? Because sometimes fighting a troll sends a message to everyone else. Sometimes it sets a standard of what is and isn't acceptable behavior. Sometimes it speaks the truth when the troll has been speaking untruth. Sometimes it gives others language for what they know but can't express to be true.

The Don Quixote of Trolls

My wife often characterizes me as Don Quixote, careening around the Internet fighting trolls like that one XKCD comic we all love about "someone is wrong on the Internet!"

I don't care if someone's wrong, though. I care if someone's making an unhealthy space for others. Making others feel unwelcome, unappreciated, unintelligent. And when I have power and privilege in a place to work to make it safer and more welcoming, I'm going to do it.

However, there are a lot of factors that can make it a bad call. For starters, if you're doing it alone, or if you don't have a supportive community around you, you're probably going to burn out fast: 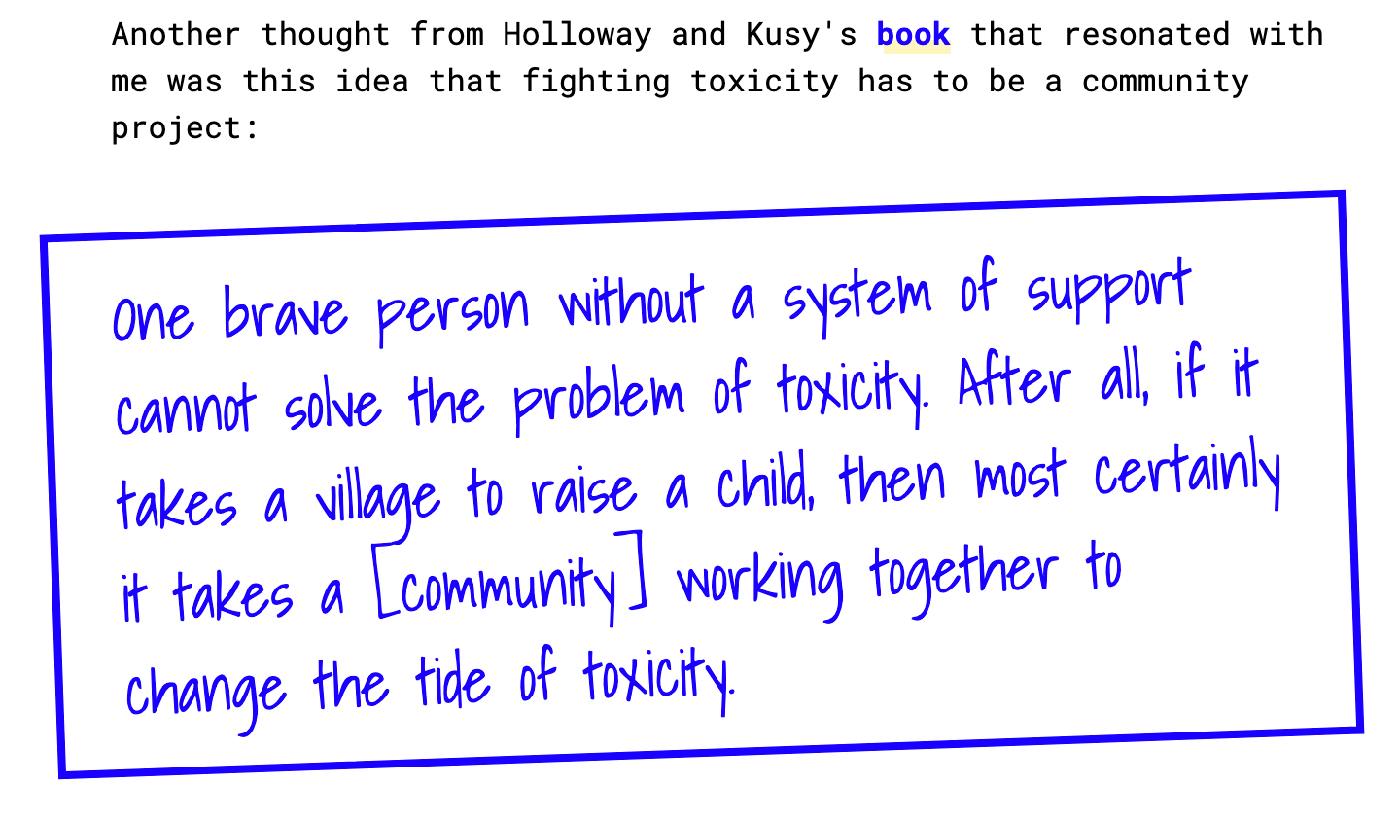 (Above quote screen-capped from Justin's article)

This is why I gave a talk at Laracon this year about the magic of Laravel's community; I want to both celebrate the ways it's welcoming, but also continue to grow as a community that is characterized not by its toxicity but by its hope and its kindness.

One other note to consider: not everyone who disagrees with you on the Internet is a troll. Sometimes that person is just bad at considering the opinions of others as valid. Or, some times... you might be the one who's wrong.

First they came for...

So. I think we should all protect our wellbeing by ignoring the trolls as our first response, as Justin mentioned.

I think we should also consider engaging the trolls when we're in a position to do so, and when it serves a broader goal.

I've said these things before, though. And do you want to know the absolute worst response I've gotten?

Unwillingness to be made uncomfortable in the pursuit of other people's safety.

Each person will have to make their own decision every time you interact with a troll: how will I respond?

If you haven't started with the foundational response that you are not at fault, and this doesn't impinge on your self worth, stop reading this article and go read Justin's article "The Haters" instead.

If you do know you're not at fault, and you just don't have the emotional and mental space to participate in yet another trolling session, do what you need to do to protect your sanity and wellbeing. I have no intention to get in the way of that.

But. If you're comfortable. If you're unafflicted. If you're not often, or even currently, the target of the trolls, it will be tempting to consider only what is easy for you in that moment. And in that moment, I'd ask you to consider whether there was another response--harder, likely, to give--that you can make space for that would make your world, your community, your space a bit healthier, friendlier, less tolerant of assholes, more welcoming to newcomers.

I guess my main goal here is to encourage that, when you have the freedom and ability to address it--even if it makes you uncomfortable--the response to trolls shouldn't always just be ignore the trolls.

Some times we need to fight them, for the sake of the truth.